- April 20, 2020
With weather warming up and snakes beginning to move about, I thought I would take the time to write what will be my first book review. The book is Secrets of Snakes: The science beyond the myths by David Steen. This is Steen’s debut book, but not even close to his first publication. Since 2004, Steen has had his name attached to 63 peer reviewed Journal Articles, 35 peer reviewed notes and reviews, and contributed to three book chapters. These academic papers should not intimidate anyone into thinking his book will be dry. Steen has had an active role in science communication through blogging and social media, especially via his twitter account where he has been identifying snakes for people, so he is no stranger to dispensing information in an easy to digest way. Because of all the reasons above, Secrets of Snakes is exactly what science communication should look like.

From the start, Steen’s dedication to the people wanting to learn more about the “danger noodles, nope ropes, and long bois” should quell anyone’s concern about this being a difficult, science heavy book. The book is separated into three parts: Identifying Snakes, Snake Myths and Misconceptions, and Understanding Snakes, but scattered throughout are fantastic photos by popular herpers, species profiles, and informational asides.

The first part has chapters focused on common identification tactics that are often over generalizations on how to determine the difference between venomous and non-venomous snakes. One of these tactics that everyone should be familiar with, or some version of  it, is the phrase “Red on black, friend of Jack / Red on yellow, kill a fellow.” Steen says, that while this phrase works well in the United States for determining if something is a Coralsnake verse other superficially looking snakes, in Central and South America there are Coralsnakes that do not follow this pattern. The other thing people need to look out for are “weird genetic anomalies” that may negate this rhyme even in the U.S. Steen suggests we revise the phrase to this: “Red on black, friend of jack / Red on yellow, kill a fellow / Traveling abroad? This rhyme’s a fraud / Some exceptions you should make / If only for the poor shovel-nosed snake’s sake” The last line being in reference to the shovel-nosed snakes of the southwestern U.S. that have red and yellow bands touching each other.

In Chapter 7, Steen shares a question he frequently sees about snakes that shake their tails. Many people share photos with him that are of non-venomous snakes such as ratsnakes, racers and others that they are sure are Rattlesnakes due to them shaking their tails. Many of these folks also go on to question Steen’s credentials after he informs them that their photos are not actually of Rattlesnake; “the simple fact is that many different kinds of snakes do the same thing when they are scared.” So these harmless snakes must be trying to mimic rattlesnakes then, right? But that’s not quite right says Steen. It is instead thought that snakes developed some simple type of rattle, maybe some excess skin that overtime was naturally selected for and eventually resulted in the rattles we see today.

My favorite section of this book is Part II: Snake Myths and Misconceptions. Chapter 15 covers a myth that I have heard myself: that you can tell the age of a Rattlesnake by the number of segments it has on its rattle. But what the number of segments could tell us is how many times a snake has shed, because each time a snake sheds its skin, a new segment is added and since snakes may shed more than one time a year (or not at all) it cannot be used to say the age. But even saying that you can tell how many times a snake has shed by the number of rattle segments may not be accurate. This is because segments of the rattle may get broken off, Steen says, “Maybe the rattle got caught in a branch as the snake was crawling along or was snipped off in an attack from a hungry bird of prey.”
“Are Snakes Aggressive?” Is the title of Chapter 17 and one that I have heard sound more like a statement of fact than a question. Steen comes right out of the gate to negate this question: “I have never come across any species of snake or any individual snake for that matter, that I would consider ‘aggressive.’ I have, however, experienced, a wide variety of defensive behaviors.” What reason would a small animal like a snake have to start a fight with such a large creature like ourselves, Steen poses to the reader. These are just two of the many great myths Steen dispels in this section.

Chapter 23, in Part III, “Why it doesn’t make sense to kill snakes in your yard” focuses entirely on venomous snakes that may be in your yard. Steen opens up this chapter by sharing statistics on dangerous things we interact with on an almost daily basis. In the United States, about 90 people killed in cars every day, dogs kill 30 people a year, 100 people die swimming in pools every year, but do you know how many people die from snakes every year? About five. That’s right, five. A pretty low number compared to those other statistics and he goes on to suggest that “if nobody tried to capture or kill venomous snakes in the United States, probably two people would die a year, on average, from a venomous snakebite.” So if you just leave that snake alone, it probably won’t bite you and due to their secretive nature, you probably wont see that snake again. In one of the informational asides in Part III Steen mentions that he will never use ecosystem services, (“look at all the mice snakes eat!”) as a reason for not killing snakes. Why? Because that rule does not then apply to the many other snakes that eat frogs, birds and other prey. Steen says, “A snake shouldn’t have to provide a service or do us favors to justify its existence and thus save its life. It exists, it is unique and that should be enough for us to give a damn.”

Secret of Snakes is a great update on modern myths that persist throughout the United States. I think that Steen’s coverage in his book is neither tiresome nor boring, but instead offers fresh, fun insight. It’s important that we have books like this in circulation, especially when it is directly from an expert in the field. This book is a great addition to the shelves of those who know snakes and who think they know snakes.

Popular posts from this blog

- December 16, 2020
Preface      I took a class this fall semester titled “Wildlife & Society.” Through research papers we explored different parts of the world and looked at human-wildlife conflict. We looked at the debates around wolf reintroduction in parts the U.S., impacts of agriculture/fuel collection on Pandas in China, the impact of bushmeat in different parts of the world, and much more. One of the big takeaways from this class was that often times marginalized or poverty-stricken people end up bearing the brunt of conservation policies and that there can be unintended feedbacks in terms of how people view wildlife as a result.      Our final project of the class was to write a science fiction short story based around the idea put forth by ecologist E.O. Wilson that half of the earth should be set aside for the protection of biodiversity. Some big questions around Wilson’s idea are: What does “Half-Earth” look like? Who does it affect? How is it enforced? Our short stories were aimed at ad
Read more

Race for the Racer 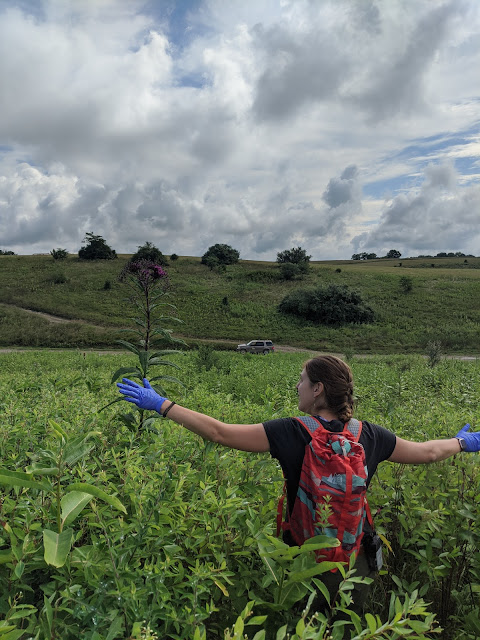 We were sitting in our hotel room in Cambridge, OH in the midst of a deluge when Murphy got the message from her supervisor. “NOOOOOOO,” she yelled out as she looked at her phone.  “What??” “Steve said the release is canceled because of the rain!” I had come down to Southern Ohio to help Murphy and the rest of the team at The Wilds release Eastern Hellbenders into streams in West Virginia. The Hellbender (AKA: snot otter, devil dog, Allegheny Alligator)  is the largest fully aquatic salamander in the United States and is listed as Near Threatened according to the IUCN Red List . The Wilds, a non-profit that operates in Cumberland, OH, conducts a head starting program for these unique organisms. Some of the Hellbenders that were going to be released were individuals that Murphy herself helped raise several years ago when she worked as an apprentice for The Wilds .  She had been back this summer as a volunteer to help with various projects and was especially excited to help release th
Read more

A blog dedicated to the natural world

Popular posts from this blog 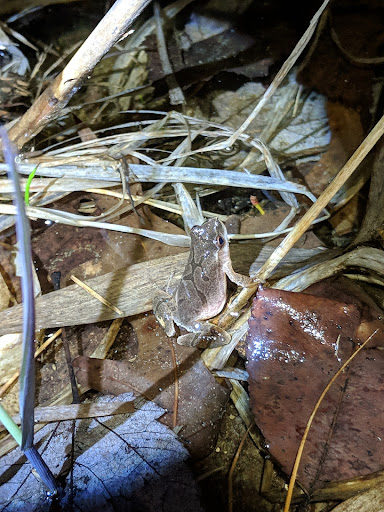